THESE 8 CEREALS WERE SELECTED OUT OF 40 CEREALS SUBMITTED TO FITNESS MAGAZINE’S NUTRITION EXPERTS (ALL RDs)   Each one contains at least 3 grams of fiber, no more than 13 grams of sugar (some of which comes from dried fruit), and less than 230 calories per serving, and the testers ensured that they taste great. 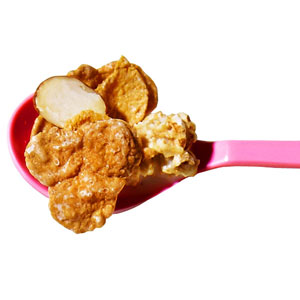 One bowl delivers close to half the fiber you need in a day. (180 calories per cup)

Pair this blend of barley and oats with a small carton of nonfat Greek yogurt—  favorite way to eat it — for 23 grams of power-you-up protein. (220 calories per 2/3 cup) 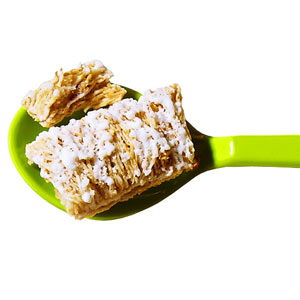 Many cereals contain almost 200 milligrams of sodium per serving. But these frosted squares, which are just the right size for snacking, have only 10, the least of any cereal tested. (190 calories per cup) 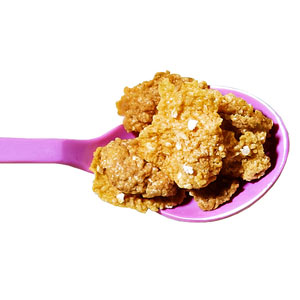 This “hearty, filling” cereal has nearly a third less sugar than the frosted-cornflake version. (190 calories per cup.)

Between the dried apples and lightly salted pumpkin seeds, this tastes like fall in a bowl — but you’ll want to eat it year-round! Eight kinds of whole grains make that totally great. (210 calories per cup)

Many gluten-free cereals are low in fiber, but this one has five grams of the filling nutrient. Plus, the subtle cinnamon flavor is so good, it’s “sinful.” (120 calories per 3/4 cup) 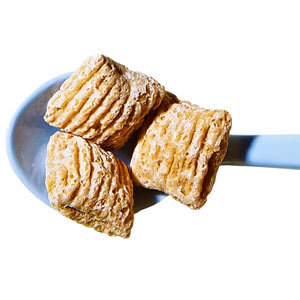 These are sweet enough to satisfy an afternoon sugar craving, but not too sugary to eat for breakfast.  They stay crunchy in milk to the last spoonful! (200 calories per cup)

This six-ingredient cereal drew raves for its big freeze-dried berries and crispy flakes.  (180 calories per cup)

MAYBE YOU’LL FIND A NEW FAVORITE BREAKFAST FROM THIS LIST!