IF you’re ready for a little positive change in your life, here are seven health rules to live by that are as simple as they are effective. 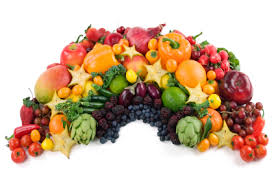 Eat the colors of the rainbow.

Vegetables (and some fruits) in a wide range of deep colors should make up most of your diet. Intense color indicates loads of phytonutrients, biologically active substances that protect plants from viruses and bacteria — and offer similar benefits to humans. 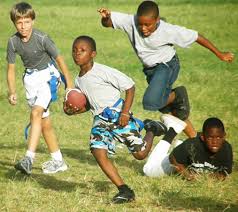 Our bodies are not built to run long distances for no reason at all. We’re built to chase down prey and then stop. To run from danger and then stop. That’s what feels best and works best to keep us in shape — short bursts of intense exertion interspersed with periods of leisurely movement. The long-held belief that we need to elevate the heart rate with 30 minutes of sustained activity is being replaced by this plan — often referred to as interval training. You don’t need a specially designed workout or a personal trainer to apply this. When you’re running, sprint for a minute, then walk or trot for five. In the pool, swim one fast lap, then do three at a leisurely pace. This system is organic to many yoga classes (you practice kicking up into handstand for two minutes, then you follow up with a restorative child’s pose). But with some workouts it’s up to you to adjust. Worried you won’t burn enough calories? With interval training, you’ll actually burn more.

Spend lots of time with people you love.

It’s a health factor, yes — a boost for your immune system. You need to be around those who really get you, to laugh, talk unguardedly about your problems, and listen deeply. You need hugs and smiles and belly laughs. You need to be able to be your true self. If you’re lucky, this stuff is built into your day. But even if it requires an effort, make it happen. Don’t assume e-mail or Facebook or even the phone is going to do — physical, as well as emotional, closeness is a big deal. 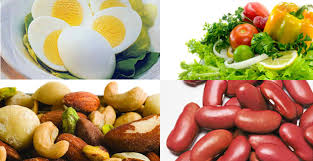 Buy these every week.

Kick off your shoes and walk on grass, earth, or sand whenever you have the chance. Not only will this boost your immune system by exposing you to unfamiliar microbes, but it will also give you a little charge — literally. Believe it or not, just as we get vitamin D from the sun and oxygen from the air, we get electrons from the earth, which have calming and healing benefits for the whole body.

Do something you love for at least 10 minutes a day.

It’s incredibly powerful and healing. We all think we don’t have time, but most of us can find it somewhere (maybe in the time we spend online — just a guess). It doesn’t have to be a big deal: Shoot hoops in the driveway. Sketch something on the bus home. Blast music and dance around the living room. Pick up an instrument and play three pieces. Do it on purpose, like taking a supplement.

Be present in your surroundings. Looking up and out — and making eye contact with others — is a form of nourishment that the age of smartphones has seriously messed with. See the sky, look at the ticket collector on the commuter train, take note of the people nearby when you’re eating lunch. Instead of burying your face in your phone — which takes you out of the moment and often into a sort of junk-food-for-the-eye place — lift your head and be part of your environment.

Recent large food recalls in the U.S. have forced consumers to throw away hummus and ice cream that may be contaminated with the potentially deadly bacteria — listeria.

Tainted Blue Bell ice cream products are linked to eight listeria illnesses in Kansas and Texas; three of those who contracted the illness have died. Blue Bell has temporarily closed its facility in Broken Arrow, Oklahoma, and shut down a production line at its facility in Brenham, Texas.

Sabra Dipping Co. announced a recall this past week of 30,000 cases of its Classic Hummus due to possible listeria contamination, though no illnesses have been linked to that recall.

What is Listeria?Listeria is a hardy bacteria found in soil and water that can be carried by animals. It is often found in processed meats (like lunch meats) because it can contaminate a processing facility and stay there for a long period of time, and it can grow in the cold temperature of a refrigerator. It is also commonly found in unpasteurized cheeses and unpasteurized milk, and it is sometimes found in other foods as well — listeria in cantaloupes was linked to 30 deaths in a 2011 outbreak.

What are the consequences after contracting the bacteria?

The bacteria cause fever, muscle aches, gastrointestinal symptoms and even death.

Who are at risk?

Listeria generally only affects the elderly, people with compromised immune systems and pregnant women. It can cause miscarriage, stillbirth, premature labor, and serious illness or death in newborn babies. Healthy, younger adults and most children can usually consume listeria with no ill effects or mild illness.

How Can I Protect Against Listeria?

Throw away the food if you learn it has been recalled. Always clean surfaces that come into contact with food with hot, soapy water. With fruit, scrubbing is never a bad idea, but it may not rid produce of all contaminants. In the case of the cantaloupe, the listeria likely hid on the fruit’s thick, rough skin. Health officials think people may have been sickened when people cut into their cantaloupes, bringing listeria on the outside of the fruit to the inside.

The government says the listeria bacteria can be killed by heating food to 165 degrees Fahrenheit or until it is steaming hot just before serving it.

Why is Listeria so Deadly?

SERVE WITH A FRESH SALAD AND ENJOY!

SOUTH BUFFALO, NEW YORK HAS CERTAINLY MADE THE NATIONAL NEWS RECENTLY WITH LAKE EFFECT SNOW STORM “KNIFE”.  I AM IN THE HEART OF THIS STORM AND HAVE BEEN “STUCK” INSIDE FOR THE LAST 4 1/2 DAYS.  THE ROADS REMAIN IMPASSABLE AND PEOPLE ARE REALLY BEGINNING TO GET CABIN FEVER.

VIEW OF WALL OF SNOW FROM DOWNTOWN BUFFALO

BOTH OF OUR SNOW BLOWERS WERE UNABLE TO HANDLE THE SHEER VOLUME OF SNOW DUMPED IN OUR DRIVEWAY SO WE HAVE GOTTEN OUTSIDE AND HAD PLENTY OF EXERCISE SHOVELING (ABOUT 6 HOURS EACH DAY)!  STILL HAVEN’T SEEN A PLOW DURING THE ENTIRE EVENT.

WHILE I DON’T FEEL THE NEED TO DO ANY EXTRA WORK OUT (I FEEL IT IN MY ABS, BICEPS, DELTS, PECS, GLUTES, HAMSTRINGS, QUADS AND EVEN MY FINGERS!), THERE ARE SOME PEOPLE WHO DON’T HAVE TO SHOVEL – THEY HAVE A PLOW SERVICE OR LIVE IN AN APARTMENT OR CONDO OR COMMUNITY THAT DOES MAINTENANCE.  IN ANY EVENT, THERE ARE ALWAYS TIMES WHEN YOU CAN’T HIT THE GYM AND NEED A WORKOUT AT HOME OR IN THE OFFICE.

HAD SOME TIME ON MY HANDS TO LOOK AROUND FLIP BOARD WHILE STRANDED.  IT WAS PERFECT TIMING THAT USA TODAY POSTED THIS ARTICLE The Best Free Workout Videos on YouTube

THERE ARE 21 VIDEOS FROM 7 MINUTES TO ABOUT AND HOUR FROM A VARIETY OF GENRES: YOGA, KICKBOXING, MARTIAL ARTS, PILATES, DANCING, ZUMBA.  WHILE I HAVEN’T HAD A CHANCE TO TRY THEM ALL I WILL DEFINITELY WORK THROUGH THEM OVER THESE WINTER MONTHS AND LET YOU KNOW HOW I LIKE THEM.  I LIKE VARIETY SO THIS IS A GREAT FIND FOR ME.

I HOPE YOU LIKE THESE VIDEOS  AND WILL LET ME KNOW YOUR FEEDBACK AS YOU TRY THEM!  PLEASE LEAVE COMMENTS AND SUGGESTIONS!

GREAT SIDE FOR GRILLED FISH, SHRIMP OR SCALLOPS!

Clean asparagus and cut off tough ends. I use an old foil tin (like a pie crust tin) and lightly coat with non-stick spray. In the last 3-4 minutes of grilling my fish, I add the asparagus in its tin and grill until tender crisp. In a small serving bowl I melt the butter (covered with waxed paper) in the microwave (20-30 seconds) and add lemon juice and spices. Drizzle over asparagus and serve!

FROM THE PEANUT GALLERY!

The plank is a balance and core conditioning exercise. In yoga, the plank is often done as part of the sun salutation sequence, or as part of a vinyasa in a yoga flow sequence. You can also perform the plank as a stand-alone exercise. There are two major types of planks, the full plank, where you balance on both arms, and the side plank, where you balance on one arm.

Lower both your forearms to the ground so that both your elbows and fists are flat to the ground. Your palms should be balled up, and directly underneath your shoulders.

Curl your toes under and engage your abs by tilting your pelvis and pulling your belly button toward your spine.

Straighten your body but keep your neck and spine neutral.  Imagine that you’re a plank of wood, and that you’re straight as an arrow.

Flex your abdominals and squeeze your glutes. These are the two major muscle groups you’ll be working out in this exercise.

Hold this position, also known as the plank, until after the burning begins. Keep your eyes on the floor in front of you. Avoid raising your behind. Your body should make a straight line from your heels to the back of your head.

TRY TO HOLD THE POSE A LITTLE LONGER EACH DAY! AND THEN, HAVE A FRIEND ADD A LITTLE WEIGHT!

YOU WILL NEED A LITTLE LEVITY AS YOU FEEL YOUR MUSCLES BURN!

I’VE ALSO SEEN THIS DONE ON A STANDUP PADDLE BOARD AS PART OF THE CORE WORKOUT.

Chores you do inside the house also help to burn calories. Here’s how many calories are burned in the course of performing your daily tasks:

Yard work offers some of the most labor intensive household chores. Tasks like digging and raking the leaves not only burn a lot of calories but can help tone muscles in your arms and legs. Here are some statistics:

Here are some other activities that burn surprising amounts of calories:

REMEMBER EVERYONE BURNS CALORIES AT A DIFFERENT RATE BASED UPON BODY SIZE.  YOU MAY WANT TO TRY THIS CLEANING HOUSE CALORIES BURNED CALCULATOR FOR MORE ACCURATE MEASURES!

NOT ONLY WILL YOU FEEL ACCOMPLISHED WITH YOUR CLEANING EFFORTS YOU’LL GET MORE FIT ON TOP OF IT – WHAT I CALL A TWOFER!!

Fold together. Serve toasted on half a Ciabatta Roll or Whole Grain Roll with sliced tomato and a big salad!

GOOD FOR ASH WEDNESDAY AND ALL THE FRIDAYS IN LENT – FEEL LIKE YOU’RE EATING OUT AT A FANCY RESTAURANT!

SERVE WITH A BIG DILL PICKLE AND ENJOY!

I ADDED BLACK BEANS TO THE SALAD AND GRILLED SOME HOMEMADE SWEET POTATO FRIES (USED THE SAME OIL AND SPICES) WITH THE CHICKEN! JUST DELICIOUS!

QUICK AND EASY FOR A WINTER COOK OUT! LOTS OF COLORS MEANS LOTS OF ANTIOXIDANTS AND CANCER FIGHTING.  YOU CAN USE A LOW FAT RANCH DRESSING BUT I PREFER TO USE LESS OF THE REAL STUFF!